Posted by umdjab on Jul 21, 2019 in Games for Large Groups, Games for Small Groups | 0 comments

Game: Set everyone up in either a big circle or in a line and place a few big piles of shuffled cards face down near the players.  The objective is to finish as many cards as possible in 10 minutes, and their is an element of strategy involved as you can slow other players down with Burpee Bombs.  On “Go”, each player will draw 2 cards – one to keep and one to give out to another player as a “Burpee Bomb”.  Players give the Burpee Bomb card out to any other player by placing it FACE DOWN on that players mat, and then they go back to their mat to complete the card they kept for themselves.  They will keep that card FACE UP in their score pile.  Here’s a basic set of exercises you can use that is mnemonic and easy to remember:

I usually have players do twice the number on the card (20 reps for face cards, 22 for Aces).  Before players can draw again, they must complete any Burpee Bombs they’ve been given.  At the end of 10 minutes, each players score is the number of face-up cards in their score pile.  Remember, the completed Burpee Bombs count in this pile as well.  Highest score wins!

Pro Tip: If it’s windy, have players keep their cards under their water bottle, weights, or mat.

Deciding which of the two cards to keep for yourself… 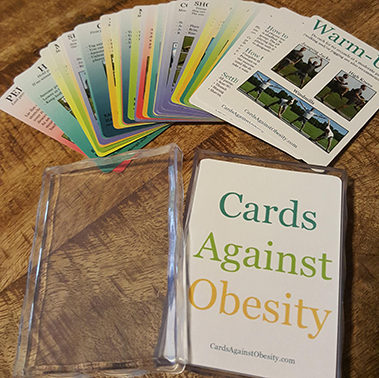 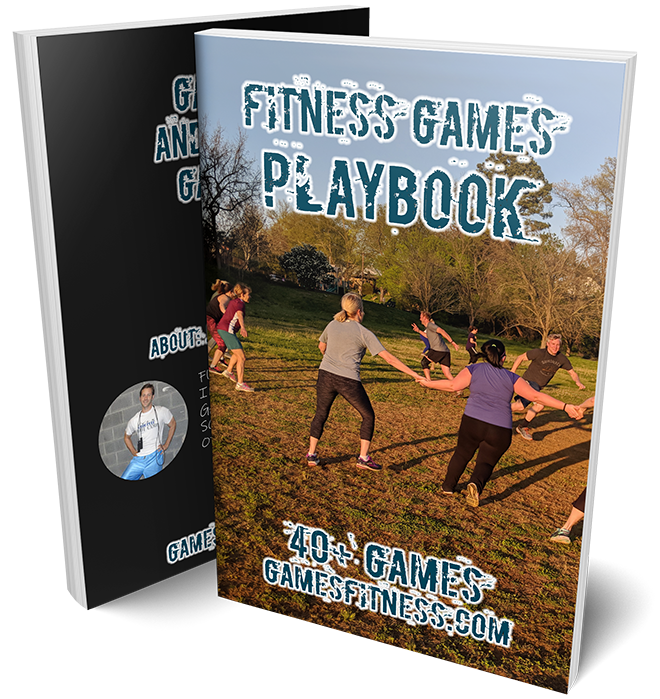